Parking Lot Car Accidents – What You Need to Know

Parking Lot Car Accidents – What You Need to Know 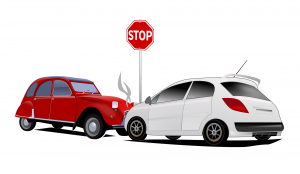 In my 10+ years in the insurance industry, I rarely see parking lot car accidents end well. Since most parking lots are privately owned, police generally won’t respond to a minor car accident in a parking lot.  Without a police report, it’s difficult for an insurance company to assign fault.  It normally is a matter of “he said – she said”, even if the other party admit fault to you!  This is the way a parking lot accident typically goes:

The other driver probably had the best intentions to take care of the accident and accept fault.  However, after leaving the scene, they start thinking about what happened while they drive home or discuss what happened with their spouse.  Before long, they tend to change their mind. They might realize that their insurance costs will likely go up if they admit to causing an accident.  Inevitably it happens.  You go to file the claim against their insurance company and find out a couple days later that they are claiming YOU were at fault or even that the accident never happened!

What ends up happening is that your insurance pays for your car and the other driver’s insurance pays for his car.  This is assuming you have collision coverage. Since parking lot car accidents normally don’t exceed a few thousand dollars in damages, insurance companies rarely will spend the time and money pursing the other party.  Even if it’s relatively obvious who was at fault.  It would cost more to fight with the other insurance company than they will recover by winning.

So what should you do if you’re involved in a parking lot accident?

While none of these things are guaranteed to get you out of paying your own deductible and have a negligent accident on your record, they will help.